Teaser Tuesday: Scarlet Siege - When Past Collides With Present

Have you ever dreaded that moment when your current lover crosses paths with a former squeeze? Such an incident happened in Scarlet Siege to help kick off the Gary-Karen-Jessica dynamic within the series. Let's take a look at that moment when Jessica first "met" Karen.


Jessica left her desk and headed to the Ladies’ Room in an attempt to clear her mind. How could she function when her head and heart were in the place that they were? Upon entering she headed to one of the sinks, turned on the cold water tap, splashed some water on her face, and looked into the mirror; attempting to compose herself before heading back to work.

A female voice spoke to her from behind, “It’s not easy, is it? Having your partner stuck in the middle of a situation where you’re not sure if he could ever get out of.”

“I have faith in Celdom. I know he’ll get out of this unscathed.”

“That’s the same faith I have in him too. It just makes it more difficult to keep it intact when you have an emotional attachment to him.”

“And how would you know about that?”
“Because, Jessica, I was engaged to him once.”


Jessica turned around, and her face turned white, like she had seen a ghost. Not just any ghost, but the deadly spirit of my dearly departed fiancée, Karen Prairie.
Posted by Douglas J. McLeod at 8:23 AM No comments:

Teaser Tuesday: Scarlet Siege - How it all started

They say imitation is the sincerest form of flattery, so taking a page from one of my author friends, I decided to start a new feature here at CeldoMelley.com. On Tuesdays, I will attempt to post a few lines from a current or previous work of mine. Hopefully, this will give my new fans a chance to see what ideas have sprung from my multi-faceted noggin.

For my first edition of "Teaser Tuesday", it ties into a special announcement I made a couple days ago. In case you missed it, this past Sunday, during an author takeover, I made the official declaration of the release date for the long awaited fourth book in my Gary Celdom Case Journals series. (Which I also announced in a somewhat cryptic blog post right here.) Since Gary has been a character which has been with be since the very beginning (and, those who know me know he's been around longer than that), I decided to share a snippet from his first published adventure, Scarlet Siege. (For paperback lovers, the book is the first half on my 2-in-1 title, Gary Celdom Case Journals: Volume One.)

In his debut, Gary attends a fan convention for his favorite television series. At the convention, he reconnects with his writer friend, Phil Bennett. Things seem to go smoothly at the event until a few attendees take umbrage to the fact their favorite actor from the show has decided not to attend the event again, and demand satisfaction in a rather violent way.


Felicia smugly turned to Shawn and Jake. “So, guys, since you now know what we three are capable of, is there any way you could see that Cal makes his way to this hotel post haste?”

“Pardon my language,” I whispered, “but, how the hell did they get a shovel in here undetected?”

“It’s an item in the Scavenger Hunt,” Natalie explained.

“They hold it every convention,” Phil added. “All the items are related to various episodes throughout the run of the show. I just didn’t think any of the items would ever be used as a murder weapon.”

The rest of the attendees -- who had just witnessed Edmunds’ death -- sat in stunned and terrified silence. In the eerie calm, I slipped my cell phone out of my pocket, and quietly sent a text to the one person I thought could possibly help not just myself, but everyone else who were in this lockdown. “Jessica,” I typed, “we have a situation.”
Posted by Douglas J. McLeod at 8:40 AM No comments: 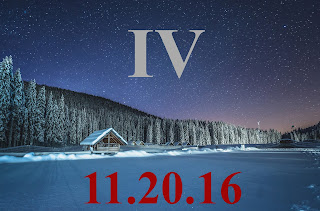 ...Now, to get it written. Eight months until release day. Let the sleuthing recommence.
Posted by Douglas J. McLeod at 8:00 PM No comments:

Camping, and Celdom, and Deadlines... Oh My!

Over the past couple of years, I have been attempting to write the fourth installment of my Gary Celdom Case Journals series. Each time, I have fallen short in the progress. (Including the loss of a 30,000-word partially-finished manuscript version due to the upgrade of my laptop to Windows 10. Feel free to curse the execs at Microsoft for that.) More often than not, it's because the plot bunnies have started poking the consciousness of my two other personas. For a fan base who has fallen in love with the antics of Gary, Jessica, Karen, and Phil, it has been unfair to all of them. However, I've decided to put my foot down, and in the words of Larry The Cable Guy, "Git 'R Done."

In four weeks the April 2016 session of Camp NaNoWriMo will commence, and I figured if I'm going to retain any of my eroding Celdom fan base, I need to get "Celdom IV" written already. The only problem is, there is an additional method to my madness. Since, I'm planning on making this a Christmas-themed story, I intend on releasing it closer to the Holiday season. (I know, I know, I'm such a tease.)  That being said, for the first time in my career as an independent author of the past five years, I will be giving myself a deadline to get the whole process complete. From first draft to release, I am giving myself a timeline of approximately seven months. I'm being slightly flexible on the release date due to some uncertainty regarding a possible author signing I've applied to, but have yet to hear back from, but exact date notwithstanding, I will be making this statement: "Celdom IV" will be released in mid-November 2016.

I feel by making this bold announcement, this will make me own up to my word. (Although, I admit there have been some things I've said during events regarding future projects that have fallen by the wayside. But, this one, I'm taking responsibility for.) But, I will say this much, I need to get "Celdom IV" done because I have some big plans for the series. I won't say too much, but it does involve one of the characters. As for what it is, you'll have to read "Celdom IV" when it is eventually released. (Okay, I'll stop teasing... for now.)
Posted by Douglas J. McLeod at 9:00 AM No comments: