Checking-in After a Crazy Summer

I know I have been silent on here for a few months, and for that, I apologize to my loyal followers. The fact is, I've been undergoing a creative, professional, and personal upheaval since my last post two months ago.

For those who have been following my personal life, I'm currently in the process of attempting to obtain an immigration visa that will allow me to marry my beautiful fiancee, Catherine, and move in with her down in Florida. However, in order to do this, some sacrifices had to be made. The big one was me leaving the organization who had been my primary employer for the past couple of years. I am forever grateful for the opportunity to have worked with them; unfortunately, because of the long, and sometimes unpredictable, hours, it didn't afford me the chance to focus my attention on working towards obtaining this visa. As it stands right now, my goal is to move Stateside sometime in October. The thing is, in order to meet this goal, I have to get off my "fat, buttery ass" (to steal a phrase from my roommate), and get the stuff done. I must confess, it is a very daunting task upon me, considering this involves leaving the neighbourhood I've called home for the past 37 years, but this is an exciting opportunity that has come my way, and to waste it, would be devastating to my emotional psyche. I just need to, in the words of Larry The Cable Guy, "Git-R-Done!"

That being said, I have found some time to tap into my creative side, and done a little bit of networking in the process. Fresh on the heels of my first author signing event at Sexy in the City: Toronto 2015, I recently attended my second signing, the Ignite Your Soul Author Event in London, Ontario, Canada, back on August 8th. 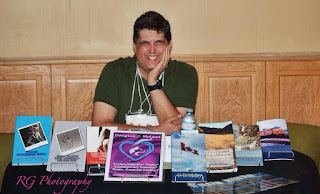 Me pimping my wares at Ignite Your Soul 2015 (Photo credit: RG Photography)

The event was smaller, and more intimate than the earlier event in Toronto, but I was able to meet some new contacts, and reconnect with a few of my fellow authors from SITCTO2015. It was a fun day, but far too short for me, as I had to boot in back to Toronto right after the signing; missing out on the After Party afterwards. *sadface*

However, at this event, I was able to debut a new book: my third poetry collection under my C. D. Melley banner, entitled Before I Leave Canada. Those of you who follow the fandom of my favourite television series, Due South, will recognize that the book title is a nod to a song by one of the main composers for the series, Jay Semko (of The Northern Pikes fame), Before You Leave Canada. The collection details my thoughts, feelings, and experiences during the months of June and July 2015 as I prepare to wind down my life here in the Great White North, and start anew in the sunny south. But, BILC wasn't the only thing I have been working on during the past couple of months. 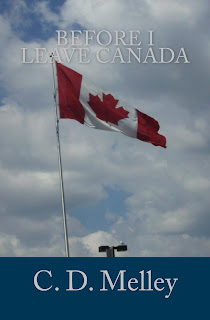 My steamier persona, Crimson Nuage has been poking my brain recently, as well. One day, in a flurry of creative whim, he penned a short story that is only available as an eBook for Kindle units and apps. The story is called, Boss Bang, and it's a tale about a lowly mail room clerk who has had enough with his immediate supervisor, so he takes his complaint all the way to the head of the company, but after an incident during the discussion, the main character is given a proposition where if he doesn't follow through, it would cost him his job. It's a short romp with the hint of lustful romance you come to expect from the mind of The Dirty Red Cloud. 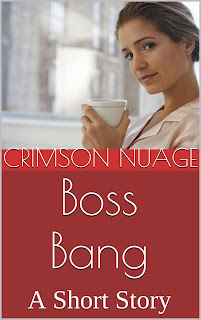 So, what's next on the creative docket for my triad? Well, there was some sad news recently, as the original work-in-process I had for the fourth Gary Celdom book was lost, thanks to the steps needed to upgrade my laptop to Windows 10. This means, I had to start the story anew, and hope to God I remember the bulk of what I had previously written. In the process, I've started work for a spin-off novel, featuring Gary's best friend, Phil Bennett. The story will be set post-Celdom IV, but pre-Celdom V. Also, Crimson has been prodding my creative cortex again, and a new short story is in the works. This will be a steamy story featuring a different dynamic than he's used to writing, but is shaping up to be quite a read of young "experimental" love.

That's all for now. I'll try to post more regular updates to this blog, but like I always say, "There are many guarantees in life, but life, in itself, is never a guarantee." Until next time...
Posted by Douglas J. McLeod at 1:45 PM 1 comment: