A Return to My Creative Roots

One of the things I love to do is travel. However, due to various constraints (whether it be scheduling or financial), I don't get the luxury to do it much nowadays. So, after hearing a friend talk about doing a day trip down to Detroit to take in a baseball game, my travel bug started to nip at me. I thought it would be a good idea to look into. After looking at the Tigers' schedule, I decided on a Sunday game in early September to attend. I ordered my game ticket, and booked my round-trip train ticket to Windsor, with the intent to cross the border and enjoy in "America's Pastime".

Unfortunately, my plans fell apart a few weeks before my trip. Since the Tigers' are in the midst of a pennant race (that's a run to the baseball playoffs, for the uneducated), a major American network decided to pick-up the game for national broadcast. In the process, the game that was originally scheduled to start at 1 p.m. was pushed back seven hours; starting now at 8 p.m.

There were problems with this time change. The first was the fact I was scheduled to be into work at 8 a.m. Monday, and second, my train back to Toronto was slated to leave Windsor at 5:45 p.m., a good 2-1/4 hours before the game was now scheduled to start. So, what does a dejected sports fan do? Well, if said fan happens to be a writer, he brings his laptop with him onto the train, and waits to see what his muse comes up with.

A couple of days before my trip, my muse came up with an idea. Twenty years ago, I dabbled in the realm of poetry. It was something I did for a laugh, and was doing it to impress the girl I was dating at the time. Fast forward to today, and I'm with a wonderful woman who I plan on marrying next year. While my writing alone seems to impress her, I decided to see what I could come up during my trip.

What resulted was a burst of creativity (which was surprising, since I was functioning on very little sleep) that emerged into 16 short, reflective poems about my day away, which I have released under my C. D. Melley banner, entitled Slammin' on the Rails. 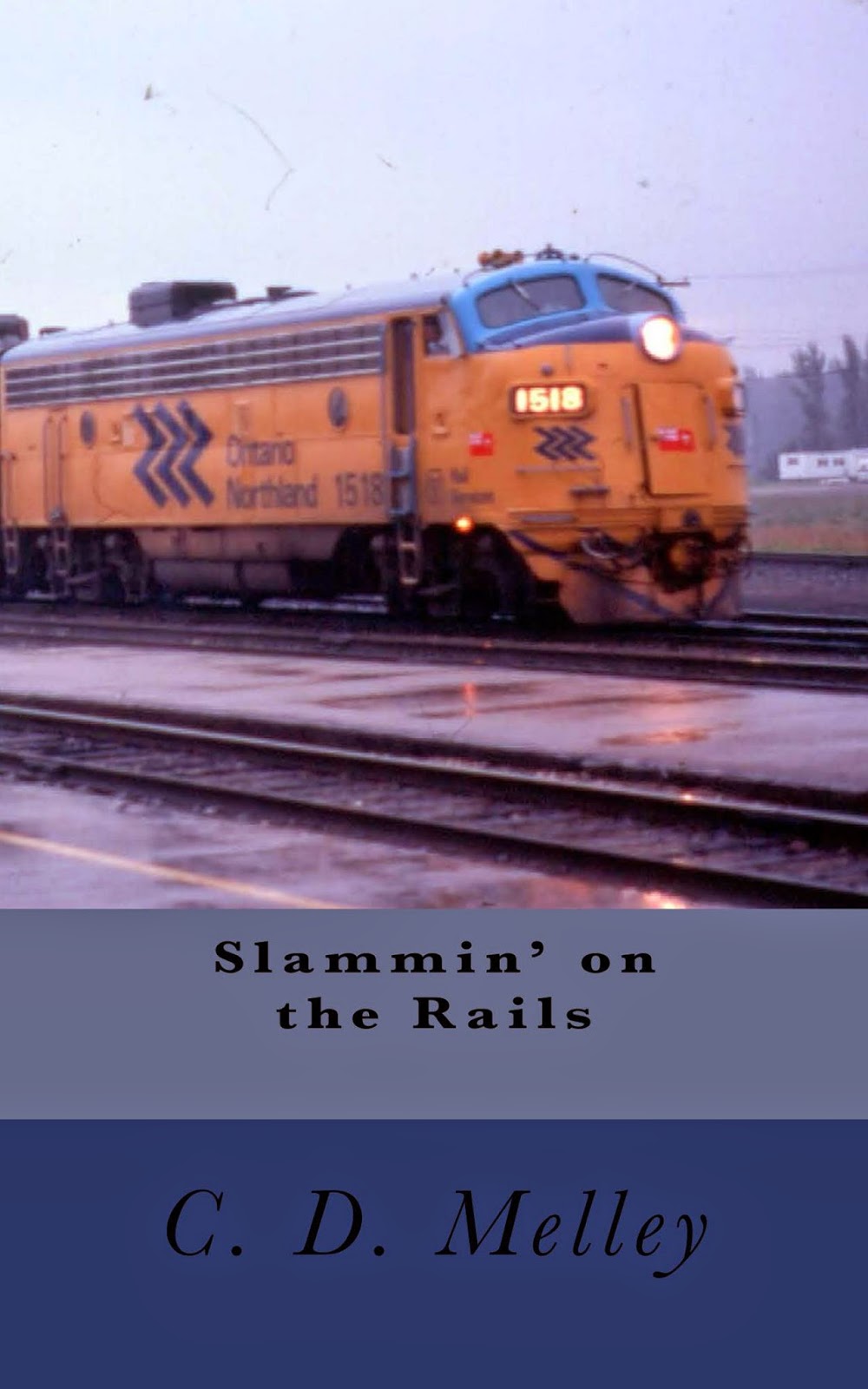 The collection is available on Amazon, Kobo, Smashwords, Apple, and Barnes & Noble for your various e-Readers. But, if you prefer an actual hard copy, the paperback version is now available on Amazon.com, and Amazon.co.uk.
Posted by Douglas J. McLeod at 6:41 PM