A Funny Thing Happened While Setting Up...

You know, sometimes when you're a writer, there are some unexpected things that pop up: some good, some bad, and in some instances, a bad thing that could be turned into a good one.

Case in point, recently I've been invited to take part in an author takeover event for a friend on Facebook, Sonya Ray. Now, for those wondering "What the heck is an author takeover?", I basically take over a Facebook page for a period of time, and I attempt to sell myself as an author -- talking about my books and my writing process. Sounds simple enough, right? Well, there is one thing about me that loyal readers/followers know... actually, three things -- my three writing personas: Douglas J. McLeod, C. D. Melley, and Crimson Nuage. So, in my one hour block, I have to try to advertise all three of these personas to visitors of the event site. (By the way, those interested in stopping by can do so by going to the Let's Talk Books Facebook event page.) The scheduling for me is perfect because my slot is slated for noon Toronto time on the Canadian Thanksgiving (or, Columbus Day for those in the U.S.).

Anyway, I wanted to do something special for the event, and it got me to thinking, "Dief (my online nickname), you've been sitting on Celdom III for two years now. Why don't you polish that off and release it this year. You did  say you planned on releasing it sometime in 2014." So, with the help of my fiancée/proofreader, I did what I could with my 2012 NaNoWriMo project, and I'm pleased to announce that the third book in the "Gary Celdom Case Journals" series, entitled Rouge Numbered Week, will be released on Tuesday, November 25, 2014.

This latest adventure has Detectives Gary Celdom, and his partner/girlfriend, Detective Jessica Amerson, attempting to stop a string of murders occuring during the celebrations for the 100th Canadian professional football championship being held in Toronto. There's just one slight dilemma for Gary: his best friend, Phil Bennett is being fingered as a suspect. So, not only does Gary have to solve the case, but he has to try and clear his best friend's name. Naturally, the ghost of Gary's former fiancée, Karen Prairie, shows up to interject her opinions on the matter.

So, getting back to my bad thing turning into a good thing. I wanted to have the eBook version ready on various sites for pre-order during my takeover event, so I uploaded the details to Kobo, and to Amazon for the Kindle release. Personally, I thought it would take some time to have the listings up on their sites. However, much to my surprise, they were quicker than I expected. While, I'm happy the books are available for pre-order, the caveat is they've also released the book cover, as well... three weeks before my intended reveal at my takeover event. In short, the bad thing is, the cover was leaked early (my bad), but the good thing is, there's an additional three weeks where interested parties can pre-order RNW.

So, if you happen across Kobobooks.com, or the Amazon Kindle Store in the next little while, and are interested in picking up a copy of Celdom III, here's the cover you should be looking for... 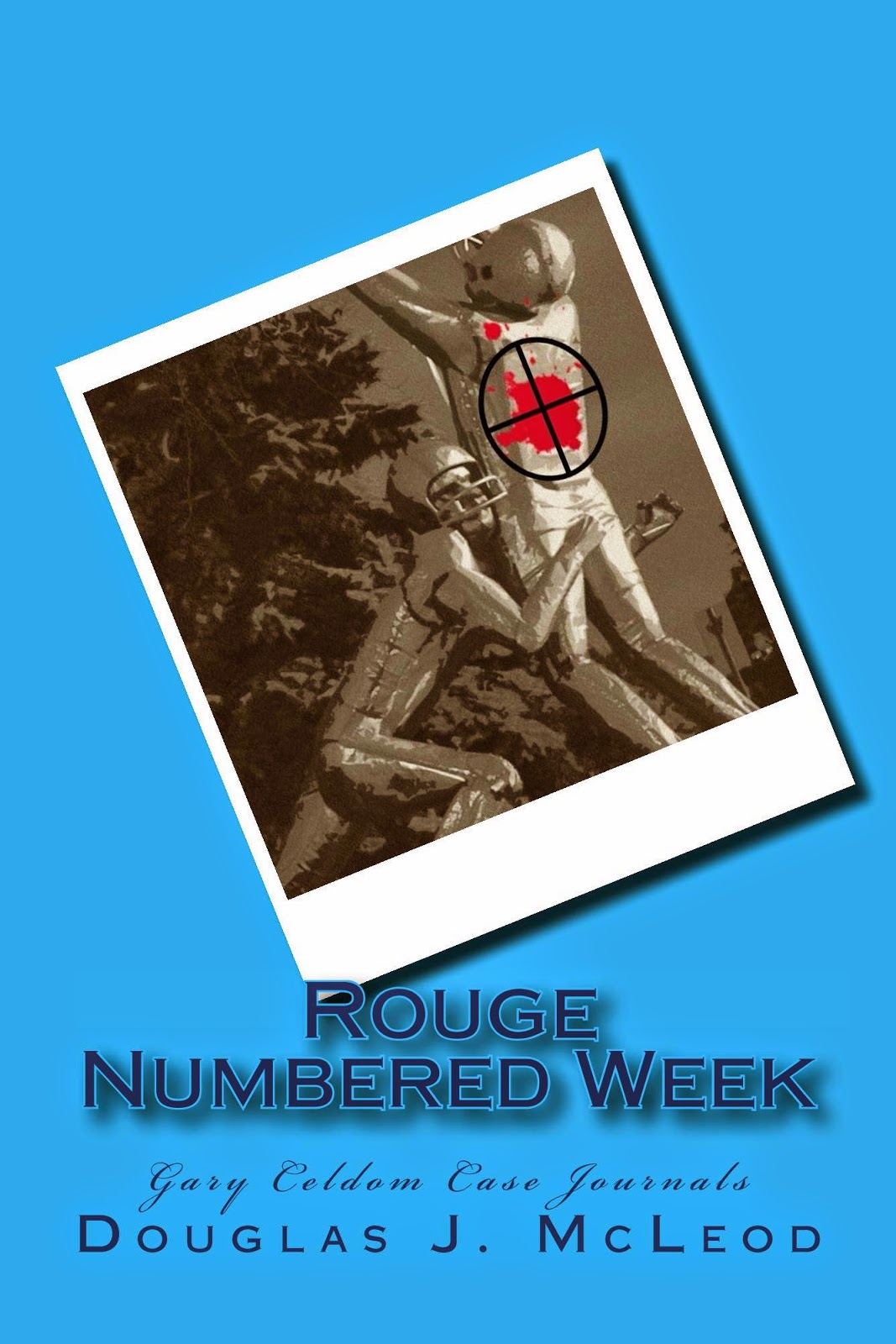 Living proof that a bad thing can turn into a good thing.